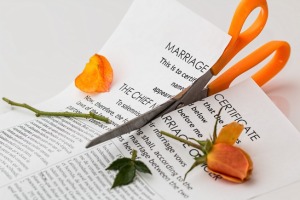 Rosalind Jenkins never planned to be a social worker. It was extremely ironic that she ended up in the Department of Children’s Services since children were the reason her marriage ended, and the love of her life walked away. Or rather, the lack of children. What she first believed was a small case of stomach flu ended up being cervical cancer. Six days later, she had no womb and no chance to ever have children of her own. Her husband told her it didn’t matter. They would adopt, or simply spend their life together loving and cherishing each other.

Less than a year later he was gone, saying he’d fallen in love with a woman who wanted children as much as he did.

Of course, Rosalind dealt with depression. But she maintained her composure. She lived a solitary life, still teaching voice at a small, exclusive girl’s academy. However, just 10 ½ short months later, after hearing that her former husband and his new wife had just become parents, Rosalind broke. Unable to function and carry out her duties, the girl’s academy had to let her go.

Rosalind stayed locked away in her home for three months. Her sadness and depression festering…growing into anger and bitterness. Exhausting her savings, Rosalind knew she needed to find a job or sell her house. Calling an old friend from college for job leads, she was instead given the contact information for a manager with the Department of Children’s Services. Her friend assured Rosalind that with her degrees and years of experience, she would definitely be offered a position and above entry-level pay.

Rosalind performed well at her new job, and her supervisors were pleased. Her reports were always complete and filed on time. But Rosalind was not good at her job. She lacked the empathy and compassion essential to help children who were as broken as she was, and to educate and assist parents in bettering their situations to maintain a safe loving home for their children. Instead, Rosalind loathed the parents for being able to have children so easily, then carelessly and recklessly make them a part of recurring domestic violence situations, drug addictions, and keeping them in dilapidated housing where frequently, there was no utilities.

And the children? Rosalind detested them for even being born. More often than not…right or wrong, Rosalind Jenkins removed more children from their homes than anyone else in the department. For the next twelve years, the irreparably broken and bitter case manager did nothing else but her job. Rosalind made no friends and lost touch with the few she’d had. She didn’t have a pet, or even a television. Spurred on by the always smoldering rage deep inside her, Rosalind poured over case files and department policies, seeking new ways to separate families and keep them apart.

It was this unbalanced, spiteful woman who walked into the hospital room of a barely conscious ten-year-old Livvie Chandler. Four days after losing her father, and while her mother still remained in a coma, Rosalind Jenkins would forever change the course of the little girl’s life.