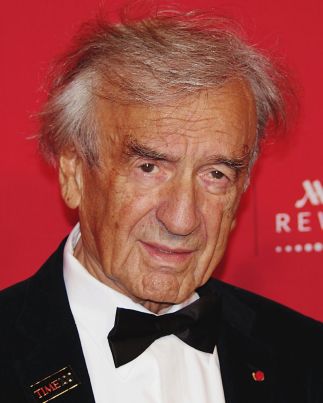 Eliezer “Elie” Wiesel KBE ( September 30, 1928 – July 2, 2016) was a Romanian-born American Jewish writer, professor, political activist, Nobel Laureate and Holocaust survivor. He was the author of 57 books, written mostly in French and English, including Night, a work based on his experiences as a prisoner in the Auschwitz and Buchenwald concentration camps.

Wiesel was awarded the Nobel Peace Prize in 1986 and an Honorary Knighthood is 2006.

“The opposite of love is not hate, it’s indifference.”

“There may be times when we are powerless to prevent injustice, but there must never be a time when we fail to protest.”