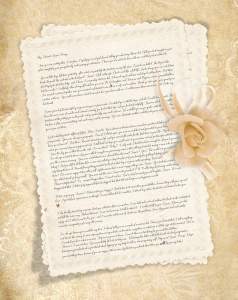 “Free, A Novella”
by Felicia Denise

A lone tear slid down Lennie’s cheek as she stood in the doorway.

She had almost lost her son that night, and her children, their father.

Ranard never returned to the house on Linden Lane after that night. The next day, Lennie called her attorney and instructed him to make the legal separation permanent. She wanted divorce papers filed immediately under the same terms as the separation with two changes. Lennie still wanted no financial support for herself or the boys, but Ranard would get no visitations, and he had to sign off the house.

Her attorney balked, saying the terms were easy for a separation, but no judge would allow her to keep the boys from their father even if she wanted no financial support. Lennie briefly explained to him what happened the night before, and assured her legal representative Ranard would not contest her terms.

Moving on had not been easy for Lennie’s Porter Patrol. RJ was fearful and had nightmares about his father reappearing. Myron was tightly wound with anger at Ranard for the physical abuse he’d suffered. But getting past that fateful night had been hardest for Duncan. He seemed to be at war with himself – guilt and anger competing for dominance, and neither never too far from boiling over. Coming to grips with the fact he’d nearly killed his father also embarrassed Lennie’s oldest son. During the next week, he couldn’t bring himself to look his mother or brothers in the eyes. Duncan kept his head down during meals, and spent the rest of his time behind a closed door in his bedroom. RJ would check on him once or twice each evening. Duncan would never turn him away, but he also never looked directly at his little brother.

A week later, a messenger dropped off divorce papers for Lennie to read and sign. Determined to no longer keep anything from her boys, Lennie sat them down and discussed the divorce and the documents with them. The boys nodded with understanding as their mother went over each page. Even RJ seemed to have a good grasp of the process.

Lennie turned to the last page and froze. The Porter boys looked at each other confused. Myron leaned over and touched Lennie’s arm.

“Mom? You okay? Is something wrong?”

Still speechless, Lennie turned the document so they could all see.

RJ and Myron visibly relaxed as the beginnings of a tiny smile played at the corners of Lennie’s lips. Even with the threat of child abuse charges and contacting his father looming over Ranard’s head, she had still expected a fight from Ranard. Lennie was thankful at least this time, he had done the right thing.

Only Duncan still sat silent. Looking across the room at nothing in particular, his mother watched his eyes flit back and forth as if trying to focus. Lennie left her two younger boys high-fiving each other and approached Duncan, sliding her arm around his shoulder.

“It’s all over except for the waiting game, and in a few months, that will be over too. We’re going to be fine.”

Nodding his head absently, Duncan turned his head and looked into her eyes for the first time in over a week. “I know, mom…I know.”

The pain and guilt Lennie saw trapped in her son’s eyes nearly broke her. With her arm still around his shoulder, Lennie sat down next to Duncan and pulled his head on to her shoulder.

“I can’t tell you when or where, or how long this will bother you…and I know it still bothers you…but honey, it does get better. It will get better. I hope you can forgive your father one day. But before you get there, you must forgive yourself. You did nothing wrong. You defended your brother…stood up for your family. Something anyone would have done.”

Raising his head, Duncan looked at Lennie again. “He’s our father. I defended my brother from our father. I nearly killed my own father. How do I get past that, mom? How do I look at my brothers again?”

” Yes, sweetie, you could have killed your father. But, you didn’t. Know why?” Pulling him towards her, Lennie turned to where her other two boys were still sitting, only now they were watching her and Duncan. “Because your love for them is stronger than your hatred for your father.”

RJ and Myron nearly leapt to their feet and rushed to their brother’s side. RJ slipped his arm around Duncan’s other shoulder.

“I love you, big brother. You always eat all the Captain Crunch, but I’m glad you’re my brother.”

Duncan fought the smile trying to form on his lips and ducked his head…and found himself looking into Myron’s eyes as he knelt in front of him.

“Dunc…did I ever tell you…you’re my hero?”

Throwing his head back, Duncan roared with laughter. RJ was hit with a case of the giggles when Myron then threw a big, toothy grin at his older brother.

Lennie stood and quietly walked away, leaving her boys in a laughing, wrestling pile of brotherly love.

Turning away from the family room, Lenore stood in the hallway.

So much had happened. So many memories. Lennie and her boys survived it all…together.

Removing Ranard from their lives had been the best thing for Lenore and the boys. It hurt them each in different ways, but they were entitled to a good life. A decent life without the stresses of dysfunction. Without the pain of rejection and abandonment. Without wondering if someone who wasn’t a part of your life would try to exercise control over your life.

But Fate wasn’t done with them. Life still had more lessons to teach, and pain to inflict.