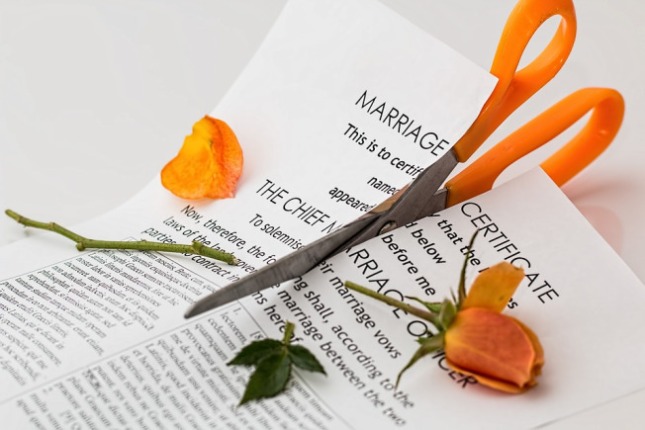 Perri Norton was exhausted. Her joints throbbed with each step. Beads of sweat ran down her back as she approached the parking garage. She should never have come alone. Perri should have told someone. She should have asked someone to come with her. Three blocks were a breeze for a healthy person, but for someone dealing with multiple chronic illnesses like Perri Norton, they may as well have been a mile.

It had been much easier to make the short walk when she’d arrived three hours earlier. Now, not only was the sun high in the sky, Perri was certain Los Angeles would record a new high temperature for this mid-August day. Combined with the slight incline back to the parking garage, Perri knew she could trigger a flare up which would have her immobile for days. She said a silent prayer as she reached her Lexus LX SUV.

Giving her car remote a click, Perri opened the rear driver-side door. A blast of heat hit her in the face, taking her breath away. The car’s interior was stifling. Another quick click started the car, and Perri was grateful she had remembered to leave the air conditioning settings on high. Sitting her bag on the back seat, Perri removed her linen blazer, grabbed her cell phone from the pocket, the manila folder from the side of her bag, and laid the blazer over the bag. Closing the door to give the car time to cool off, she turned and looked out at the Los Angeles skyline. Thick, brown smog hung over the city like a blanket. Perri could not wait to get back to the less oppressive environs of Brentwood. She loved the frenzied, cacophonous atmosphere of the shopping district, but it was humid, smoggy days like this that reminded her of why she moved away.

Her lips curved into a faint smile as she glanced at the Los Angeles Court House. The few hours she had spent there, and the exhausting walk back to her car was a small price to pay for what the folder held inside. She opened the car door and stuck her head inside. Satisfied with the cooler temperature, Perri slid into the driver’s seat and closed the door. A sense of euphoria washed over her as she stared at the folder. She opened it, removed the formal document and read the bold heading.

“FINAL JUDGEMENT FOR DISSOLUTION OF MARRIAGE,”

It was over. Leaning back against the seat, Perri ran her fingers over the paper. No more pretending.

No more sad, pitiful looks from family and friends.

No more dreaming of the day when her farce of a marriage would end. Today was that day.

She knew she should feel remorse or regret, but Perri had to stop herself from laughing out loud. She was giddy… happy, and she wanted to celebrate.

Sobering, Perri realized again no one knew where she was. It was no secret she had filed for divorce. The week after Marlena’s eighteenth birthday party, Perri hosted a small dinner party and made her announcement during the first course. No one was surprised. Most were relieved and applauded her decision to dump Parker. Her children were ecstatic.

But no one knew today was the official end to the Norton marriage.

However, they all knew Parker well enough to know he would never just agree to a divorce, and he had not made it easy for her. But as Perri prevailed and walked away, she still had the hope of a reconciliation between Parker and their children… children who had long ago reconciled their feelings for the father who all but ignored them. Had the twins, Daniel and Ethan, had their way, she would have sought a divorce seven years ago. The young men had had the misfortune to witness firsthand their father’s adulterous ways and wanted their mother as far away from him as possible. Having grown up in a household ripped apart by the ugliness of divorce, Perri assured her two oldest children that evening she knew of their father’s after work “activities”, and she could handle it for the time being.

A few short months away from their twenty-first birthday, and less than a year away from their college graduation, Perri’s boys argued that she should at least start the proceedings and they would return after finishing school to help with their two younger siblings. She remembered the pride she’d felt seeing the seriousness in their faces. Perri wasn’t in the habit of explaining herself to anyone, but her children were the life’s blood that kept her going. It had taken most of the evening, but her boys understood and had promised not to confront their father. Ethan was even complimentary on her way of thinking, saying he almost felt sorry for anyone who was silly enough to underestimate her.

Underestimate. The word brought Margaret Gower Bradford front and center to Perri’s mind. The unsympathetic family matriarch was adamant Perri caused all her own problems. From her straying husband to her chronic health issues. If Perri had done enough, given enough, been enough, none of her problems would exist. Margaret didn’t even see them as problems, but more like Perri’s issues. She had cautioned Perri to not even consider divorce. Marriage was forever in the eyes of God. This sentiment from a woman who had been divorced for forty years, refused to remarry, and still found a reason to fight with Maynard Bradford anytime they were in the same zip code.

No, Perri would not be calling her mother anytime soon.

She thought about her small, close group of friends — or the “old broads” as she liked to refer to them. They hated that label. Tory, Sarah, Connie and Valerie were always the cause of Perri’s fits of hysterical laughter. None of the women had an OFF button. No subject was sacred and anyone with a pulse was fair game for their biting, caustic remarks. She picked up her phone and dialed Tory’s number, but hit End instead of Call. A celebration with the girls would involve a long evening with way too much alcohol. Better to save that party for the weekend. She’d call them all later and set it up.

Glancing down at the court documents again, Perri knew there was only one person she wanted to call. The only person who knew all she had gone through and understood. The only person who was always there giving her emotional support. Her fingers hovered over his name on her contact list. She hadn’t told him about this morning’s court date. He would be upset. He would have offered to go with her.

Perri dropped the phone onto the seat. She would not tell him over the phone, but he would be the first one she told. After all the years he’d held her together when she thought she was at the end of her rope, she owed Grayson that much.

Easing the car into the flow of mid-day L.A. traffic, Perri focused on the task at hand… surviving the drive home. No one could maneuver the crush of downtown traffic or its many surrounding freeways unless they were a bit unbalanced, and she fit right in for sure today. Perri couldn’t name the light, bouncy, but apprehensive feelings that buzzed just under her skin. It didn’t matter. She liked it. She liked it a lot.