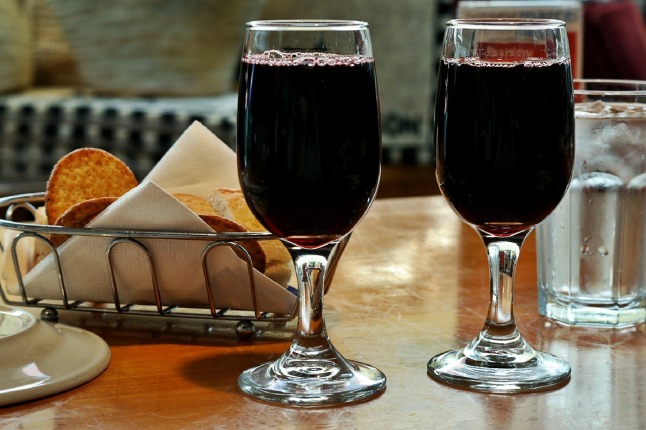 An excerpt from current WIP, “Family Matters (In the Best Interest of the Child Book 2).” Even while attempting to organize her life and move forward, Olivia Chandler manages to help someone else.

Olivia Chandler was exhausted. She had too many open cases for one attorney with little backup. The Chandler Group attorneys were all carrying multiple cases. Olivia was grateful business was good because it meant children weren’t being shut out of the conversation on their care. But it also meant families were splintered and bickering… and sometimes it had nothing to do with the minor child involved.

Olivia had witnessed Glendon Kane in the courtroom firsthand and found him to be an adept litigator and brilliant legal strategist.

And too good for Borst & Peckham.

On impulse… and one hundred percent out of character, Olivia called Glendon and invited him to an early dinner to discuss a business matter.

“Thank you for accepting my dinner invitation, Glendon.”

She could see the fatigue lining a brow far too young for such things.

He gave Olivia a genuine smile.

“As if I’d say no to you, Olivia. Beautiful women don’t ask me out every day.”

The attorneys shared a laughed. Glendon raised his hands in defeat.

“Okay, Okay, Women do ask me out. But I never saw myself sharing a meal with the great Olivia Chandler.”

She smirked and waved him off.

“Don’t even try it. My office manager doesn’t miss much of the courthouse grapevine. I think she may even be responsible for half the info making the rounds, and she says you’re pretty popular with the ladies.”

“She’ll love that you called her magnificent.”

“She is. But tell her most of my dates never get further that one or two dates. And a third date is unheard of.”

Olivia sobered, not wanting to ask why but curiosity… and empathy showed in her eyes.

Glendon laughed and shook his head.

“Fortunately, it’s not what you think, Olivia. The problem is women find out I work for B&P and they see dollar signs. But when they find out I’m a low-paid associate, their interest fizzles.” He pointed to his face. “Not even these amazing good looks can keep them around.”

Olivia slid her wine glass aside and folded her hands on the table.

“I heard about the Getner lawsuit… and the blame being laid at your feet, Glendon.”

His smile caught Olivia off guard. She frowned.

“Yeah, the last couple of days weren’t the best. This was not a difficult case, but dumb and mega-dumb kept sticking their noses in where they didn’t belong. Paulina Getner did file a lawsuit. And I can’t say that I blame her, but she and I talked… again, and I’ve negotiated a good settlement. Now all I have to do is get Tanner to issue a public apology.”

Olivia shook her head in disbelief.

“Why do you do it, Kane? You’ve more than put in your time. Why do you stay? Your record is exemplary. Any firm would be lucky to get you.”

“B&P have just enough money to keep me invisible in this state. The larger firms are owned by their friends and the smaller firms are bullied into ignoring me. My meager savings are not enough to start my own practice… so I remain the whipping boy.”

“There are forty-nine other states.”

He sipped his wine.

“So, B&P’s money keeps me locked in even though they only toss pennies my way.”

Unable to keep the smug look from her face, Olivia Chandler leaned back, her head tilted to the side.

“Maynard and Samuel’s millions… and their connections don’t scare me.”

“Olivia? Are you offering me a job?”

Incredulous, Kane scrubbed his hand down his face. Returning his gaze to Olivia, he searched for the words.

“The Chandler Group… wow. Your reputation is flawless and you guys do some awesome work.”

Glendon abruptly held his hands up.

“You realize Maynard and Samuel won’t just let me walk away?”

“Are you in the middle of a contract with them?”

“No. My last contract ended over five months ago. They’ve been slow to write up another because they don’t want to make me a partner… or increase my pay. I’m still working under the terms of the contract we signed two years ago.”

“You let me worry about those two. I need help, Glendon. I love my job, but my current caseload is out of control.  I don’t have the time to train or hold anyone’s hand. You’re amazing in the courtroom… a force to be reckoned with. Your concern for your clients is genuine and you’ve won some near-impossible cases because you weren’t afraid to buck the system. I’m sure your billable hours are more than those four doorstops combined.”

“Come to work for me… after the appropriate notice to Borst, of course. I’ll have something drawn up in the morning, but it will include a significant pay increase, an expense account, full medical… and no weekends.”

Olivia Chandler laughed. “Seriously though, Glendon. Email or call Margot in the morning with your particulars. We can meet for a late lunch or another early dinner to go over the contract. You can give Borst notice by the end of the week.”

Kane reached out and grabbed Olivia’s hand, firmly shaking it.

“At this point, Olivia, the wording of a contract is not an issue. You’re respected and held in high regard in the state’s family law system and internationally in the public interest community. I appreciate the opportunity… and honestly, I think you’re saving my life.”

She gripped his hand, returning his handshake.

“Glendon, we’re saving each other and I look forward to working with you. Now, let’s order a couple of those thirty-two-ounce Big Texan steaks and see how much we can eat before we get sick.”

The attorneys chatted and joked amiably. Olivia relaxed, proud of herself for following her first thought and offering the harried Glendon Kane a position.

Maynard Borst and Samuel Peckham would be furious. They would be full of piss and vinegar and issue empty threats, but Glendon would come to work for her… that she was sure of.

Her workload would lighten and she would have free time. Something she’d never wanted before, but there was no Bruce Bellamy before. Olivia looked forward to spending more time with Bruce and his huge, loving family. She felt like she was a part of something important and she liked it.

Glendon was laughing and telling a story from his law school days as Olivia said a silent prayer for her future with Bruce… and that she didn’t do anything to ruin it.