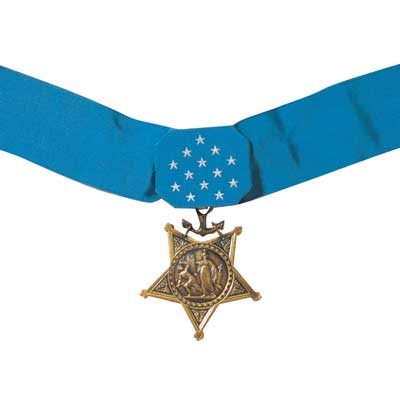 For almost forty years, the Chase-Holland Veteran’s Outreach Center warmly welcomed military veterans from all over the country.

Named for Graham Chase and Lawrence Holland—two twenty-one-year-old Army privates killed in action during the Vietnam War, the center never charged veterans for any services received, and they never turned anyone away.

As a twenty-two-year-old Army clerk, Richard Chase, who was ten when his older brother was killed, found out Graham and another soldier, Lawrence Holland, had sacrificed their lives by drawing fire away from a small group of women and children fleeing an attack on their village.

An unpopular war with much of the U.S. in the sixties, countless acts of courage and bravery were never acknowledged.

After leaving the Army two years later, Richard Chase enrolled in college full-time. While studying to become a history teacher, he began a campaign tell the story of his brother, Holland, and so many others who made the ultimate sacrifice while serving in Vietnam. A university professor who’d lost an older brother in the Korean War joined Richard’s campaign and steered his influential friends and university alumni to Richard. What started out as an idea for a book grew into a fund for a memorial.

When it was learned the growing homeless population included veterans, Richard knew what his ‘memorial’ would be… a center where vets could go anytime—day or night— and receive a meal, a place to rest, and assistance to end their homelessness.

Two wealthy brothers heard about the campaign and wanted to help. One made a sizable cash donation and the other donated a piece of property just outside of West Hollywood.

The Chase-Holland Veteran’s Outreach Center opened its doors in March of 1990 and served tens of thousands of veterans over the years by helping them find housing, apply for vet benefits, and get medical and psychological treatment.

Quinn Landon was relieved to find street parking in front of the center. More than a few car doors and fenders had received nicks, dents, and scratches in the tiny center parking lot located behind the building.

Grinning, Quinn didn’t have to turn around to know who was shouting from across the street–Noel Adams, Vietnam war vet, cancer survivor, dialysis patient and recently, diagnosed with diabetes.

A well-known figure at the center and in the community, seventy-year-old Noel sat in his wheelchair on the tiny porch of his bungalow across the street from Chase-Holland.

Fred Alizo waved to Quinn as she exited her car.

“Woman, if I could run I’d hightail it over there and kiss you.”

More reserved than his neighbor, Fred’s remark surprised both Quinn and Noel.

“We thought you’d forgotten about us, young’un.”

Fred spoke up before she could respond.

“What he said was you probably had a baby and mommy-duties.”

Noel flipped Fred off as Quinn looked back and forth between the two men.

The realization her pending divorce no doubt cost her a chance at being a mother flashed through Quinn’s mind. She pushed it aside and chuckled.

“Sorry, guys. Life got busy… Super busy. While I do love my job, I realized I missed doing other things I love too, like spending time with friends.”

Leaving Noel’s yard, she backed the few short steps to the corner, still talking to the vets.

“Let me get inside, get caught up and work for a few hours…” Quinn stopped at the corner. “And when I’m done,” she pointed at each man. “…and if you’ve managed to stay out of trouble, maybe I can catch up with you guys… over pastrami burgers.”

Giving Fred the ‘thumb’s up’ gesture, Quinn roared with laughter at the annoyed look on Noel’s face.

She was still laughing as she entered the center.