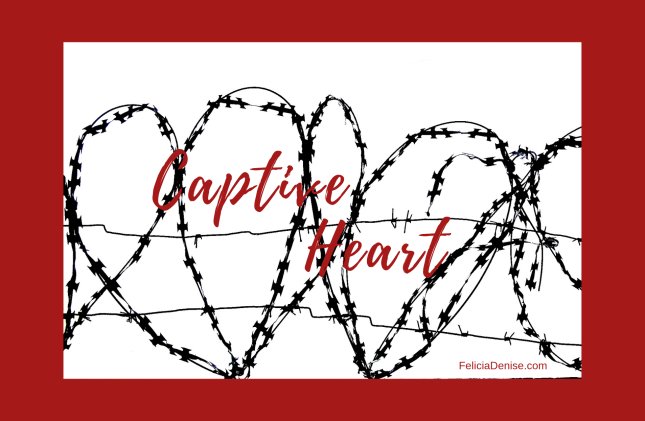 “What the hell is that supposed to mean?”

“Just that, man. You never say Yvonne made you dinner, or you had a nice time at a concert, or she surprised you with lunch. It’s always you paying for something… everything.”

Mark shoved his hands into his pockets. “She’s my girlfriend, and I’m the man who’s supposed to provide for all her needs.”

Prentiss stood and approached his brother. “I’m not saying you’re doing anything wrong, Markie.” He reached out and rested a hand on Mark’s shoulder. “I’m just asking what do you get in return? What does she provide for you? Relationships are a two-way street, not a one-way funnel.”

Mark eased the Tahoe forward in the slow-moving traffic.

Prentiss’ words stung as much now as they had last weekend.

And he still had no reply.

Mark couldn’t think of one thing Yvonne did for him. No dinners, no surprises. Sex had even become another tool in the arsenal she used to get her way.

To be fair, Mark never asked his girlfriend for anything, always telling her he only wanted to see her happy. Part of the blame lay with him.

His plan to discuss their relationship was derailed over the last week with Yvonne’s busy social calendar of events she never invited him to, saying he’d be bored.

Fresh anger flared in Mark’s chest but this time it was at himself.

I have to be the biggest idiot on the planet.

Traffic thinned after passing Glendale and Mark transitioned to the 5 Freeway and sped up.

Drunk with sleep, Mark raised his head from the pillow.

He massaged his temple, convinced the pounding he heard was the migraine from earlier back to torment him.

Before he could close his eyes, the pounding returned.

It wasn’t in his head; it was his front door.

The bedside clock read eleven-forty, and he knew the only person at his door was the cause of his migraine.

Untangling his long legs from the sheets, Mark headed for the door, resigned. He’d known his decision to not return Yvonne’s calls would cost him.

Releasing the deadbolt, Mark turned the doorknob but before he could open the door, Yvonne barreled into the condo with such force, it threw him back against the foyer wall.

“Where the hell have you been all night? What haven’t you answered my calls?”

She strode past him into the living room rigid with rage.

Mark closed the door and followed. Stopping at the threshold, he folded his arms across his bare chest.

“I hope you’re happy, Mark Kelly. Tonight was important, and you ruined it. What have you to say for yourself?”

“First, please lower your voice. I have neighbors. And second, what the hell are you talking about?”

“Had you answered your damn phone, you’d know and we wouldn’t be here having this conversation.”

“My cell died before I left work,” the lie rolled easily off his tongue, “after a thirteen-hour day of trying to repair and replace another company’s shitty work. What did you call me about?”

She was incredulous. “I can’t believe you didn’t come right in and plug up your phone to hear your messages.”

“Did you miss the part about a thirteen-hour day? I came home, had a beer and a shower and went to bed.”

“Seriously? You didn’t think about me? Wonder what I was doing? If I was okay?”

The corner of his lips arched into a smirk that bled contempt.

“How often do you think of me, Yvonne… when you don’t want something?”

“How dare you? What are you saying, that I use you?”

Mark dropped his arms to his side.

“I’m saying you don’t hear from me all evening and you show up here in the middle of the night not worried if I’m okay but to tell me how I ruined your damn evening. Get over yourself, Yvonne.”

Stunned, she turned away. Seconds later she faced him again… with tears in her eyes. “I don’t understand, Mark. You said you loved me. You said you’d always support my dreams. Now you’re treating me like a gold digger.”

“What about my dreams?”

“You’re mad at me for something I didn’t know? Something you never told me?”

“I’m not mad. And you don’t know because I’ve never told you. That’s on me. But you’ve also never asked.”

Yvonne wrung her hands. “Let’s stop this for now. My parents are staying another two days and I’m sure once you pay Daddy back, we can go out for a nice dinner or two, and then you and I can talk after they leave.”

His frown was so deep his thick eyebrows almost touched.

“Pay your dad back? What the hell for?”

“Well, for tonight… the champagne and appetizers from Toma’s and dinner at Luminaria’s.”

“You said I ruined your evening but sounds like you all made quite a night of it. Why do I owe your dad?”

“I told him you would reimburse him. I’m your girlfriend and your responsibility, not his.”

Yvonne stomped her foot. “Don’t you start with the money-thing again.”

But Mark didn’t hear her… as he bent at the waist shaking with belly laughs.

Leaning against the door-frame, he tried to compose himself.

“Please give my best to your parents, and if you want to talk, we can… after they leave.”

“What do you mean after they leave, I’ve already planned-”

He cut her off. “I’ve got another thirteen-hour day ahead of me which means I need to sleep…” He gestured toward the front door.

He moved to the front door. “You and your parents had a lovely evening. End of story. I don’t owe your father a damn thing.”

She approached him; her words measured by her steps. “Think about this, Mark. You’re taking us to a place we can’t come back from.”

He opened the door. “Goodnight, Yvonne.”

She stood in the doorway and glared at him. “If there isn’t a bank transfer from you for $847 when I get home, don’t bother calling me again.”

“There won’t be a transfer, Yvonne, and be careful what you speak up.”

He moved to close the door, but she threw her hand up, holding it open. “You’ll regret this, Mark. I promise you.”

“I have regrets, Yvonne… but not about this.”

Mark closed the door and returned to bed, asleep again within minutes, his mind clear.

Prentiss Kelly had tried to remind his brother Yvonne was one of the mean girls back in school and she hasn’t changed. Mark blew him off but is about to find out just how mean Yvonne Bellgoode can be.