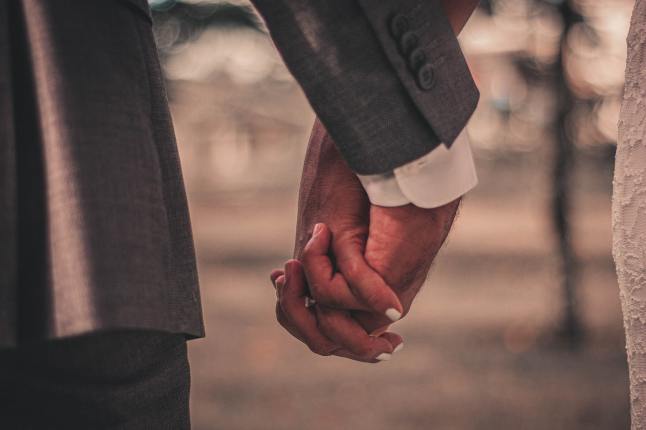 Married folks have several names for each other inside the marriage… husband, wife, mate, spouse, partner. These labels can also used by those outside the marriage, but one thing all marriages have in common is they’re considered a couple.

I’m no longer part of a couple.

It wasn’t that long ago Den and I hosted dinners and cookouts. While so many of the guests were married couples or people in long-term relationships, we always made sure to include our widowed friends. We didn’t want them to ever feel forgotten or left out.

Now that I’m a member of Team Widow, I can understand why widows turned down so many invitations.

It’s hard to attend a gathering of couples… and widows. Even if it’s family.

I’ve accepted exactly one dinner invitation since becoming a widow. Everyone was nice and welcoming. There were no awkward moments or conversations, but I felt out of place… out of sync, and knew it would be a long time before I accepted another dinner invitation. (In the spring of 2020, covid-19 became a pandemic and I didn’t have to worry about dinner invitations.)

Like most couples, Den and I had our shtick. Making faces at each other across the room. Snarky comments at the drink table. And of course, once we got home, a recap of the evening with many movie references and one-liners.

I went to bed one night a married woman, part of a couple, and woke up a widow.  I trembled as I dialed 9-1-1, knowing my life was about to change in ways I wasn’t ready for, and that I would have to face them as a party of one.

On May 30, 2019, I lost Dennis, my husband of over thirty-five years. Ten short weeks later on August 18, 2019, I lost my eighty-four-year-old mother. My grief journey has not been an easy one. While we know grief has five stages, there are many situations and feelings some bereaved never get to express, and I’m using my first AtoZ Challenge to say things I’ve never been able to give voice to. I hope you’ll follow my journey.

Photo by Samuel Rodriguez on Unsplash