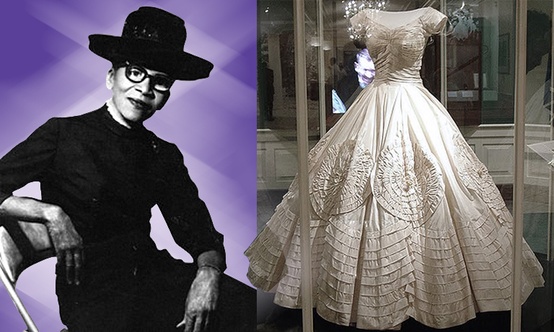 Ann Cole Lowe (1898 – February 25, 1981) was an American fashion designer and the first African American to become a noted fashion designer. Lowe’s one-of-a-kind designs were a favorite among high society matrons from the 1920s to the 1960s. In 1953, she designed the ivory silk taffeta wedding dress worn by Jacqueline Bouvier when she married Senator John F. Kennedy.