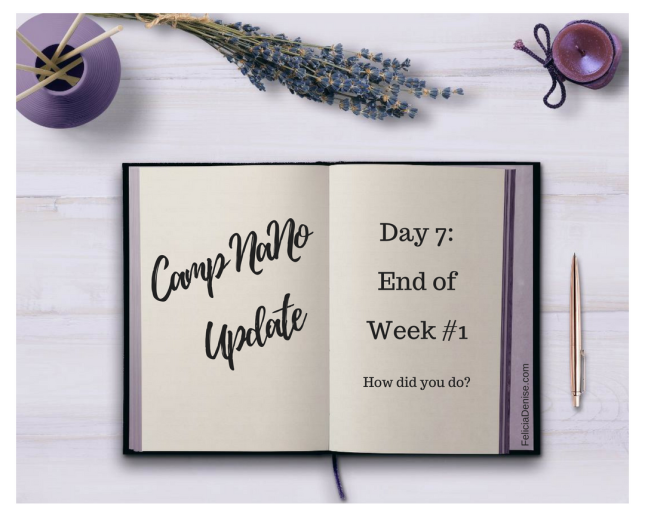 Camp NaNoWriMo’s week one is done and gone!

How did you do?

Check out the board! I’ve got Act 2:1 completed!

Act 2:1 is the most difficult because that’s where all the mystery and unknown elements leave everyone scratching their heads. (Me, included!)

That’s not saying Act 2:2 will be a piece of cake but thank goodness for revisions!

Remember, this began as a piece of flash fiction back in March, And, YES, I know… 41K is not considered flash fiction anywhere in the cosmos. The story kept growing and growing, and when I said, “I don’t want to do this anymore,” the characters grabbed me and said, “Oh, you’re doing it!”

What? Your characters don’t talk to you?

Okay! Last Sunday I posted the working cover for Sins of the Mother—this week, the synopsis!

A serial rapist is terrorizing Marbury, his victims all elderly women over seventy.

With her husband off on a business trip, fifty-three-year-old Sally Bennett is home alone, making plans for their wedding anniversary bash.

That is until the former Army medic has to fill in for a coworker at Angels Assist Care Agency and spend the night with a seventy-year-old client, Graciela Ramirez.

Gary Sievers is seething with rage—fifty years’ worth.

At last free of the monster who kept him imprisoned since birth, Gary sets out into a world he’s seen only through the Internet, allowing his anger to spill free a little at a time.

He’s invisible to the world, his existence known about by only a handful and most of them are long since dead. But his crimes are growing… and making headlines.

Gary wants the life stolen from him, he wants to find the twin brother he never knew existed, and he wants revenge on the woman responsible for it all.

The captive has become the monster looking for his own twisted brand of justice.

FYI—I wrote the synopsis about ten days before Camp Nano began and it has since changed but I’m not rewriting it… yet.

Next week, an excerpt!