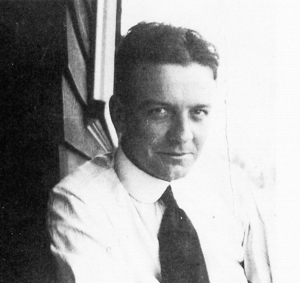 Raymond Thornton Chandler  July 23, 1888 – March 26, 1959) was an American-British novelist and screenwriter. In 1932, at the age of forty-four, Chandler became a detective fiction writer after losing his job as an oil company executive during the Great Depression. His first short story, Blackmailers Don’t Shoot, was published in 1933 in Black Mask, a popular pulp magazine. His first novel, The Big Sleep, was published in 1939. In addition to his short stories, Chandler published seven novels during his lifetime (an eighth, in progress at the time of his death, was completed by Robert B. Parker). All but Playback have been made into motion pictures, some more than once. In the year before his death, he was elected president of the Mystery Writers of America. He died on March 26, 1959, in La Jolla, California.

From Google and Wikipedia

Geeking Out about It

BlerdWatching Waaay Too Much TV

Stories of the Heart

The Novels of Elmer Seward

my life and imagination

stefaniegladden
Ramblings Of A Fragile Mind