Did you notice the frog in the bottom right of the photo above?

I’m sure some blog visitors did, but I’ll bet he was also invisible to some.

That’s the way I felt after Den died. I was there, but I wasn’t.

But here’s the thing.

I wasn’t invisible because of what I was going through, but because people either didn’t know how, or didn’t want to be bothered with trying to hold a conversation with me.

I was too sad and they didn’t know how to deal with my grief.

It wasn’t my problem, it was their problem.

This isn’t a condemnation, but more so a reality check.

When you treat those on the grief journey as though they’re invisible, they begin to feel invisible and that can exacerbate their emotional pain.

You can empathize without addressing their grief.

“Hey, I read this amazing book and thought you might enjoy it too,” or “Did you see ‘insert-television-show’? Best episode ever!” or even “I’m having a bad day, you have time to talk?” are all simple ways to reach out and let someone know you’re thinking about them.

Life goes on, including for the bereaved.

Sometimes they’d rather be pulled out of their own heads than  be treated as though they’re invisible.

On May 30, 2019, I lost Dennis, my husband of over thirty-five years. Ten short weeks later on August 18, 2019, I lost my eighty-four-year-old mother. My grief journey has not been an easy one. While we know grief has five stages, there are many situations and feelings some bereaved never get to express, and I’m using my first AtoZ Challenge to say things I’ve never been able to give voice to. I hope you’ll follow my journey. 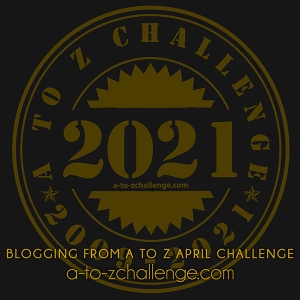 Image by Michael Schwarzenberger from Pixabay

9 thoughts on “#AtoZChallenge I is For Invisible”