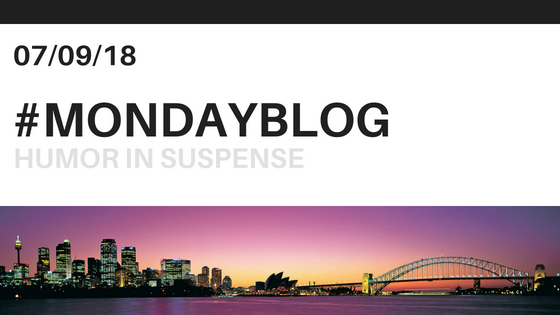 Do you know someone who’s serious all the time?

You know the type you tell a joke or a funny story then they feel compelled to break it down, analyze it and explain the rationale?

Author E. B. White once said, “Humor can be dissected as a frog can, but the thing dies in the process and the innards are discouraging to any but the pure scientific mind.”

My older brother was like that from the ages of twenty-five to forty.

Everything was a debate, discussion, or monologue. Even when I believed a conversation was over, he’d come back with more supporting facts or data. It was exhausting being around him.

We had seven other siblings, and when the rest of us were busy with the shenanigans and tomfoolery, big brother was always the ice-cold bucket of water tossed on the fun. We called him “The Pope” and no, we’re not Catholic.

I was a member of the wedding party when he got married at twenty-five (to a woman with a great sense of humor). Then he moved to the east coast, I moved to the west coast, and we met up at our parents’ once a year in the Midwest.

I’m not sure what caused it, but something happened as he approached forty which made him dust off the dull and polish up his sense of humor. Suddenly, he found the humor in even the most morose situations.

We all exhaled and sighed in relief. Even our mom and he’s her favorite.

But life is also funny, and it’s the humor that gets us through the serious, bad times.

Humor diffuses situations and lightens moments, and in those moments we often find clarity.

Humor is different things to different people. One person might dissolve into a fit of laughter over a joke or humorous situation while another might say, “I don’t get it.” The opportunity for humor was there even if it didn’t work for everyone.

It’s the same way with books.

No two people read the same book. We’re all different, so, we approach books with different mindsets. Two people can love the same book but for different reasons. A person can love a book so much they want the entire human race to read it while another can hate it with a passion intense as ten flaming suns. They want to burn the book, bury the ashes, salt the ground, and never speak of it again.

People are funny that way.

But most can agree a book must contain certain things to hold their interest, make them care, and inspire them to read on.

Developed characters with personalities – they don’t have to be liked (it helps) but readers should be on their side.

Conflict – and it should be believable

Pacing – the story cannot drag but readers don’t want to be rushed through scenes either.

A developed storyline or plot – what makes the reader care?

Satisfying conclusion or HEA – aliens are defeated, the world is saved, good guy gets the girl.

For me, there also must be humor.

I’m not referring to laugh-out-loud, thigh-slapping humor, although in some genres like Romantic Comedy, that’s what is expected.

Rhetoric or hyperbole can be used to create humor, or the irony of the current situation can be humorous but it needs to be in the story because it’s real.

The fun-loving, loyal sidekick takes a bullet for the story’s protagonist. During his death scene, he motions for his buddy to lean in close and whispers, “You know I was supposed to be off today, right?”

He still dies, it’s still sad, but it’s not depressing.

Who reads to get depressed?

In the midst of serial crimes, brutal beatings, and missing persons, I will find a way to insert humor.

“Life does not cease to be funny when people die any more than it ceases to be serious when people laugh.”

4 thoughts on “#MondayBlog Humor in Suspense”