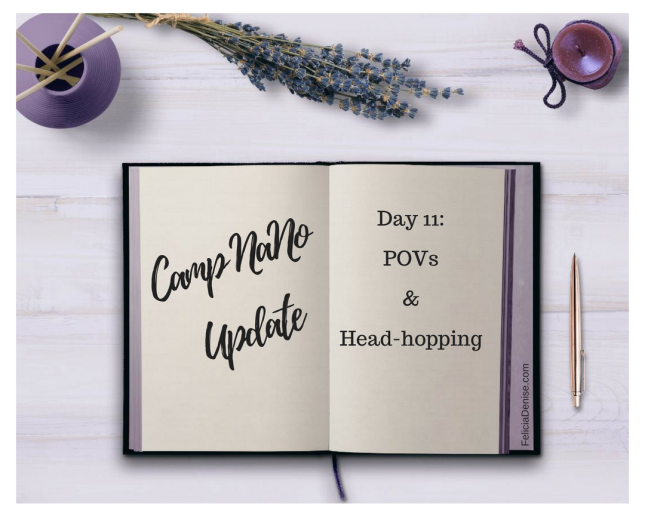 To coin a phrase, when it comes to POV, “The struggle is real!”

POV or Point of View is the angle of considering things, which shows us the opinion or feelings of the individuals involved in a situation. In literature, point of view is the mode of narration that an author employs to let the readers “hear” and “see” what takes place in a story.

Who’s telling the story? Whose point of view will bring the reader into the story?

The wrong—or too many—points of view can confuse, annoy, or bore a reader to tears… and lead them to walk away from a book.

There are four primary POV types in fiction:

When it’s successful, readers won’t notice. The story flows. They’re seeing the plot unwind through the protagonist’s eyes or rotate between characters or the unseen narrator.

When it’s not successful?

“Houston, we have a problem.”

Who’s talking? When did they get here? What are they talking about?

Confused POV can lead to head-hopping.

What is head-hopping? Technically, it’s having more than one POV in a scene.

I emphasize technically because authors will argue vehemently in favor of or against it. Some say it depends on the genre, while others say it’s the trope, and still, others say don’t do it at all.

I like third person, omniscient because I can avoid most of the confusion… and because I’m nosy and want to know what everyone is seeing, thinking, and feeling. But even that can bring problems if the writer lapses and writes what they’re thinking instead of their character. The third person narrative becomes first person and readers are like, “Wait, what happened?”

Or maybe that’s just me.

I’m trying something different (for me) with Sins of the Mother.  It feels right so far. But then, no one has read the NaNo version except me.

Kickin' it Behind the 8-ball

The ramblings of a retiree who cycles and cooks in France